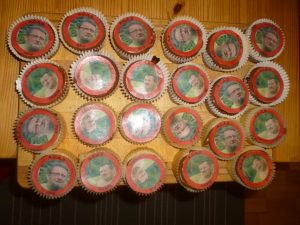 We as ANTIfenix, want to sincerely apologize to our comrades from Edinburgh that we have forgotten to publish their report from the support event they organized in late fall. Well, there is no reason to not to make up for our mistake, so here is the report with full photo report as well.

END_OF_DOCUMENT_TOKEN_TO_BE_REPLACED

We are lucky to provide a rare chance to talk with comrades from the Anarchist Black Cross in Belarus and learn about the repression they face from those fighting against it.

Despite the welcome release of Pavel Syramolatau in September 2012, comrades supported by the Anarchist Black Cross are still in Belarusian jails facing years of incarceration. These convictions form part of an ideologically driven repression of anarchists in Belarus. They follow the revitalisation of Belarusian anarchism in the past few years. Unlike in some other ex-Soviet Union countries and other modern dictatorships, anarchists do not form a minor part of a dissident prison population. Instead anarchists make up just under half of the ‘political’ prisoners in Belarus.

The Belarusian ABC has campaigned consistently for them to be released and, in the immediate term, for them to be allowed visits, medication, letters and literature, and raises money for solicitors’ fees and to buy the comrades’ food. They have also recently been supporting comrades in the Czech Republic who have been under sustained attack by the state. Supported by the International of Anarchist Federations (IFA-IAF) they are undertaking a tour of to raise awareness of the situation in the region and spark further solidarity.

————————————-
This meeting is open and free to all, however any donations towards costs will be appreciated. We ask that all those attending this event read the brief introduction to our safer spaces policy here: http://edinburghanarchists.noflag.org.uk/safer-spaces-policy/