We as ANTIfenix, want to sincerely apologize to our comrades from Edinburgh that we have forgotten to publish their report from the support event they organized in late fall. Well, there is no reason to not to make up for our mistake, so here is the report with full photo report as well.

Third and definitely most successful event supporting persecuted anarchists in Operation Fenix is over and we are more than happy to announce that our most recent event was just amazing and feeling of solidarity was in the air all over. Our informal support group has organised few events in 2015/2016 around Edinburgh but not always we were feeling so good about it but this was truly a special evening. The previous event in March 2016 where no one turned up demotivated us quite a bit and so logically we were afraid something similar might happen again. This time opposite became truth and number of people coming to support our comrades very much exceeded our expectations. About 40 individuals were there to listen to the presentation which was the highest number of attendees ever. An interactive talk and gig took place in Edinburgh on 4th November in local SKETCHY BEATS CAFE which is independent and very friendly non-profit place where various activities are happening. The event preceded thorough preparations and FB page was filled with info about the whole situation on daily basis. Our goal was to create an evening which not only informs but it is also entertaining. There were stalls from Solidarity Federation, Autonomous Centre of Edinburgh and some of our own stuff. Our solidarity anarchistic bake sale with cupcakes depicting either agent PETR or ROBERT was a great success. Especially for this occasion limited edition of PHOENIX ACAB IPA was brewed and donated by CRIMINale BREWING COMPANY which proven to be a great idea making many people happy. We managed to raise awareness and we managed to raise some funds as well. And we also enjoyed our selves and danced thanks to folk bard Dave Hughes and Zalu with their energetic punk performance. A massive thanks to everyone who attended or helped that night.

SOLIDARITY IS OUR TRUE WEAPON ! YOU ARE NOT ALONE ! TOGETHER WE CAN CHANGE ANYTHING. 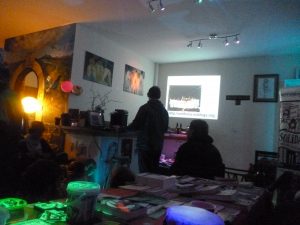 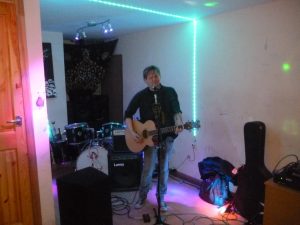 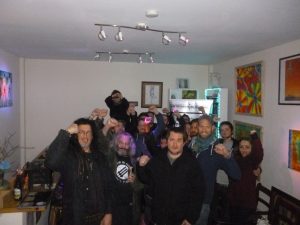