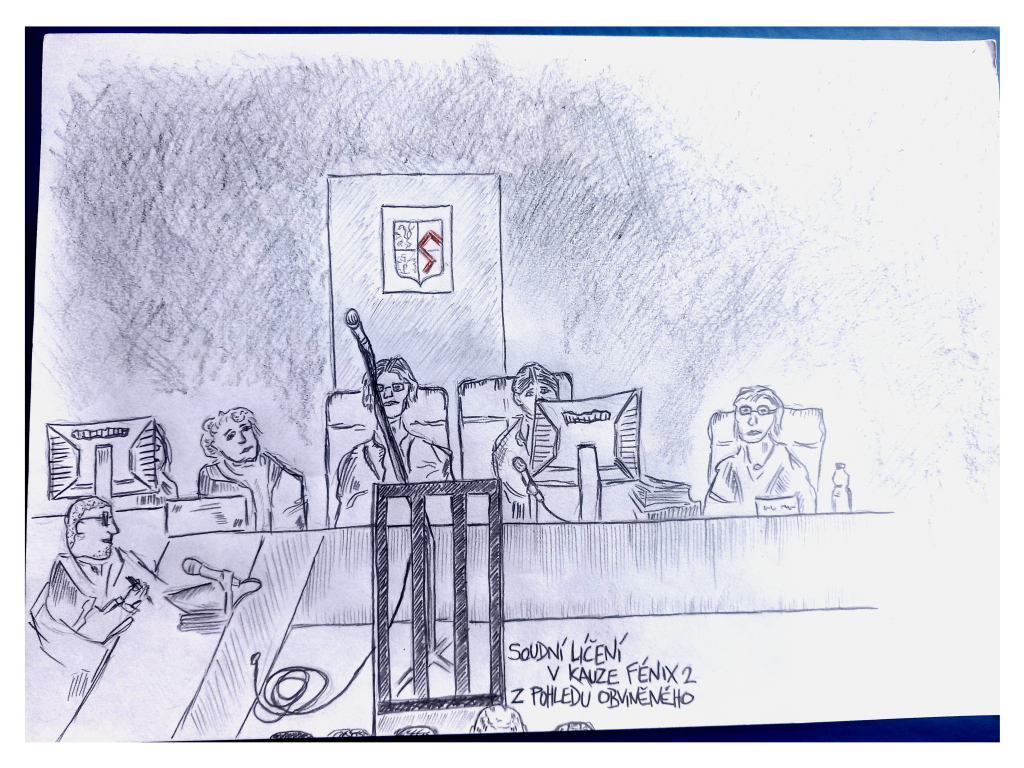 On Monday the 13th of July 2020, another trial in the Fénix 2 case took place at the District Court in Most with the participation of the public. There was no fundamental reversal this time, again. Time passes, resources are continually being wasted and the whole things remains a farce.

Trial began with a list of alleged documentary evidence, which, in fact, only proved the incompetence of the police. The relatively long list consisted mainly of things from house searches that happened in April 2015, such as online media or anarchist publications. To give you an idea, we can list some of them bellow (1):

Lukáš Borl pointed out in front of the jury that these materials were confiscated in places where he did not live (he did not even have a permanent residence in the Czech Republic back then). In the Ateneo community center, computers were used by the whole community, so these materials could be added to library by anyone. It is unclear how the police assumed that the confiscated materials belonged to him. Nevertheless, most of the confiscated items has already been returned, because (according to official statement) “the items are no longer needed for criminal proceedings and there is no doubt about their ownership by the accused”.

The reading of the list of the items was followed by the report, which disproved the police assumptions that the SRB communiqué could not be placed on the Greeaction.cz website by anyone other than one of the accused. The arguments of the report sounded logical and convincing. However, from the jury’s expressions it seemed that they are not very familiar with how Internet works.

A short pause was followed by a reading of witness statements. A former employee of the Řízkárna restaurant stated: “I used to work almost every day for 12 hours. I was supposed to get 60 CZK per hour, but I never got my paycheck.” In the next part, she described non-violent legal protests against Řízkarna, where dozens of employees who were been deprived of their resources in the same way participated. There was nothing in her description to suggest that Lukáš Borl blackmailed Vladimír Krulec.

Another witness described relatively well-known facts about the Ateneo community center, for example, that public events were held there. And that the local library and other spaces were accessible to anyone who was interested. She said about Lukáš Borl that she considers him to be non-confrontational, even though she does not agree with some of his opinions.

The last testimony, of a person named Vítězslav Dvořák (in the anarchist environment also known as Vitex), was quite disturbing. His statement is an indisputable example of a confidancy that threatens not only Borl, but also others who were not present on the trial. In his statement, he spoke openly about the internal affairs of the Alerta Association and the Czechoslovak anarchist federation (later renamed the Anarchist federation), thus endangering these groups and increasing the risk of criminal prosecution. In the next part, he supported police allegations of Borls involvement in the crime.

We consider it a safety issue to warn others against the mentioned person Vítězslav Dvořák and thus reduce the risk of further danger. We recommend to limit contact with him and to not share confidential information with him. Although he himself was affected by repression in the first phase of the Phoenix case, his cooperation with the police is an inexcusable failure and it is not permissible to downplay or ignore it.

His testimony ended the eighth round of Phoenix 2 in court. Another is scheduled for 25th September 2020. 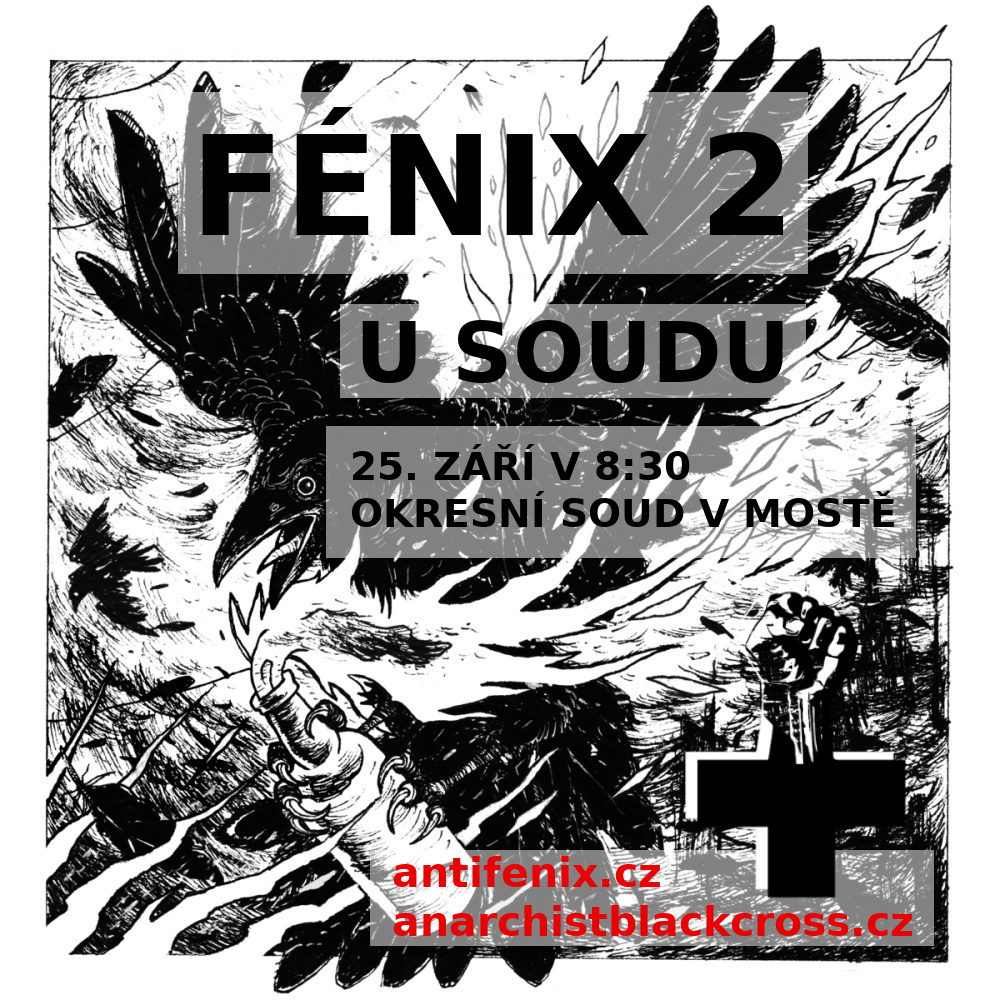