Tonight (May 27th) is a soli dinner and letter writting night. Support for czech imprisoned anarchists. 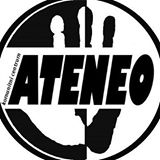 END_OF_DOCUMENT_TOKEN_TO_BE_REPLACED

On A2larm you can see a gallery  of pictures from Prague streetparty against the eviction of squat called Cibulka and against the wave of reppresion – operation Fenix.

Arrests, home searches, interrogations, intimidation, confiscation of servers and other persecutions are results of recent wave of repressions against anarchist movement in the Czech Republic. Early on Tuesday of the 28th April, 2015 the Counter Organised Crime Unit of the Czech police (UOOZ) commenced an operation Fenix targeting various individuals and organisations connected with anarchist movement across the country. Police operation was aimed on anarchist and left wing radicals who were supposed to commit series of arson attacks. Based on the information provided by the police, local news source Lidovky.cz has speculated that Network of Revolutionary Cells is responsible for the attacks.
The police detained 10 people, seized servers including Afed.cz (Czech Anarchist Federation), searched a number of properties in different cities (Most, Brno, Prague) and later the same week pressed charges against 6 individuals. Three of them are being held in custody and other three are under non-custodial investigation. On the 28th April, the Czech Press Agency informed that the police intervention in Brno was accompanied by increased security measures and a spokesman of UOOZ Pavel Hantak labelled whole operation as “anti-extremist”. Later the same day police also raided the community centre ‘Ateneo’ located in Most. The Ateneo is a self-managed place run by volunteers and based on anti-authoritarian and egalitarian principles which provides space for various groups and individuals including “Mostecka Solidarni Sit” (Most Solidarity Network), action group of association “Alerta”. The Ateneo, together with other community and information centres across the Czech Republic have been monitored by the anti-extremist unit as mentioned in their 2014 annual report.
For a long time public has witnessed criminalising and intimidating individuals and groups actively participating in social movements by the police and lawmakers around the world. The extend of damage caused by repression mainly depends on capability and willingness of the anarchist movement to organize itself in order to defend its own existence.
The anarchist movement in the Czech Republic has gained a considerable momentum and public support especially due to recent activities and direct actions such as protests against the owner of a restaurant called “Rizkarna” with the intention to retrieve unpaid wages of several former employees; or active role in community centre “Klinika” supported by thousands of people after it has been violently evicted.
Police has many times deliberately labelled people or movements as “terrorists” in order to justify repression. We the anarchist consider this massive operation accompanied by serious accusations to be a peak of already existing attempt to intimidate and criminalise socially beneficial and “subversive” activities. This repression will not intimidate us and we intend to increase our fight in response.

23rd May
Update: All the arrested people were released without charges, except 6. Three people are in custody charged with planning terrorist attacks. Other 3 people are under non-custodial investigation, charged with not reporting a (planned) criminal activity. An intersting fact is that none of the arrested, interrogated or suspected people have been charged with any of the past actions of the Network of Revolutionary Cells.

According to the interview with the lawyer of Martin I., two police agents have infiltrated their social circle, gained their trust and then initiated discussions about more militant activities.

“We consider the whole case a result of police provocation and my client has never wanted to carry out any terrorist attacks. If my client had not met the police agents, he would have never gotten in trouble.” A quote from the interview with the lawyer of Martin I., published on lidovky.cz on May 22nd

In this interview he explains that it was the police agents who initiated discussions about direct actions, later on bringing up plans of attacking a train.
The entire flat was bugged, so as a result of these provoked discussions they quickly gathered ‘evidence’ against the three and were able to charge others that were present with not reporting a (planned) criminal activity.

Operation Fenix has not ended, people are still called to police interrogations, monitored and being intimidated by the police. This pursuit of this bogus police claim of terrorism is just a excuse to gather information, claim funding and spy on people, hoping to find anything that might lead to convictions, divide and conrol the movement and spread fear and paranoia.

We will not let them frighten and divide us, we will stay strong!

Thank you for all your support and solidarity you have shown. In these times, a strong international solidarity network is vital, we believe that any support or struggle will benefit us all.

If you wish us to publish information about your solidarity actions and events, feel free to email us. We welcome any emails with your tips, experiences and support. Our address is antifenix@riseup.net.

More information coming soon together with material to download and leaflets you can print out and distribute.