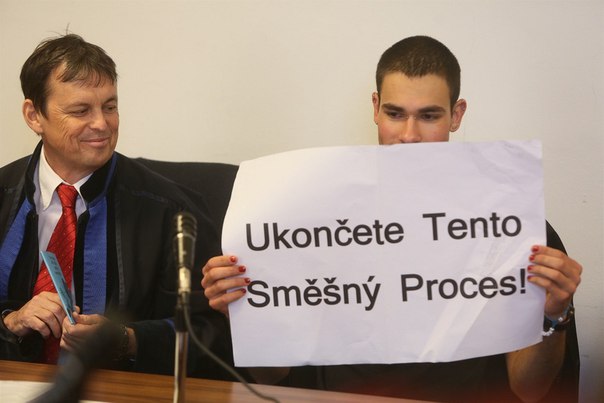 It has been just over a year since the police operation ‘Fenix’ became known to the people of Czech Republic. Just over 1 Year since the 1st arrests were made, of which Martin still remains on remand in custodial prison as a result of what appears to be entrapment. People are still being bullied, pursued and repressed on a daily basis. On 26 & 27 April was the first trial since the repression began (to our knowledge). The case of Igor Shevstov, who was accused of throwing Molotov cocktails at the house of defense minister Stropnický, and for filming somebody graffiti the prison. He was looking at 15 years imprisonment, on top of the 3 months already served in custodial prison (remand), where he was kept under maximum security for part of the time. (read more under the Igor tab on antifenix.noblogs.org)