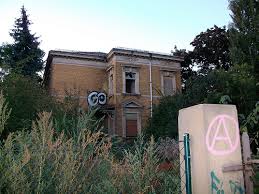 At the end of april cops from Czech raided several flats and social center in different cities of Czech Republic calling it “Operation Fenix”. As a result of this operation 11 people were detained, servers of some anarchist projects in the country were confiscated creating further problems for anarchists in the country. Since than most of the people were released and only two remain in custody. Several different people were charged with terrorism, possesion of explosives or not reporting the known crime.At the end of June one more person was arrested in connection with attack on building of ministry of defence.

Right now anarchists in Czech face a lot of legal costs as well as neccessity in solidarity from people from around the world. END_OF_DOCUMENT_TOKEN_TO_BE_REPLACED