Non-vegan diet, isolation, boredom, hour and a half of daylight. Meeting people through the bars and hardened glass. These are just some of the conditions our comrades experience while imprisoned. In this article we would like to describe the everyday reality of imprisoned anarchists and outline ways to support them. We call for support of all three defendants and, especially Martin, to whom the few next weeks may be critical. We also call for exerting pressure on the Pankrác prison to respect Martin’s vegan diet and towards improving prison conditions in general.
More about the case on our website AntiFenix. 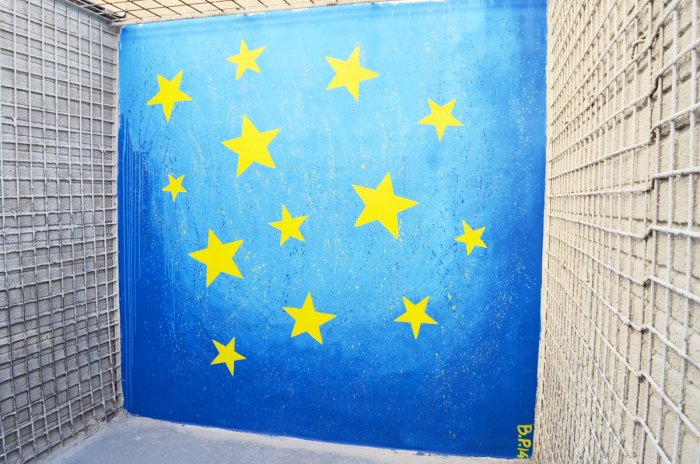 Recently in the April 2015, Police of the Czech Republic commenced an operation against the anarchist, anti-authoritarian and animal liberation movement. This operation is known and called Operation Fenix (Phoenix). During the initial stage many individuals have been questioned and interrogated, some arrested and several places raided. Police confiscated servers, computers, flash drives, cameras, mobile phones and other digital devices or data carriers. So far we do not know to what extend the operation goes and how many people are being monitored and what the intentions of the police are. On a number of occasions the police fabricated or purposely concealed important facts in order to obtain permission to search different properties and arrest people. Read more here.

The closest media attention has so far focused on the affair of ” far left terrorism.” From the original 11 detainees, three individuals remain in custody (Ales, Petr and Martin – “Fenix 3”) where they wait for trial. Petr and Martin are accused of “conspiracy to plan a terrorist attack” and Ales with the offense for illegal arms possession.

Today we know that the entire “action” to attack the train, which the police claimed to prevent by arresting Petr, Martin and two other people (currently investigated without detention), was scheduled and co-planned by (at least) two undercover operatives. Specifically trained undercover police officers infiltrated a group of people and gained their trust to obtain information. After a while, when surveillance of their new “friends” was established, they began to talk more about the necessity of actions more militant in nature and they actively participated in the preparation of such a plan.
Martin’s lawyer mentioned in an interview:

“My defendant considers the whole case as the result of police provocation and he had no intention whatsoever to plan or carry out a terrorist attack. As he stated, if he would not have met the undercover police agents he would most likely never have gotten into the current troubles.”

It was the police themselves who invented the whole event. Without their initiative, the whole affair would not even exist. The aim of the police was most likely to discredit, intimidate and divide the entire anarchist movement and to collect as much information about the groups, activities and individuals as possible.

So far, no court hearings have been held yet, therefore the accused should be regarded as innocent, however the reality is that not only in the media (from whom we can not expect more than a hunger for sensation), but mainly in prisons the presumption of innocence is somehow forgotten, and defendants are treated as if they were already sentenced.

All three were assigned to various prisons around Czech Republic. Petr is at Ruzyne prison, Martin at Pankrác prison and Ales was recently transferred to prison in Brno. Petr at least had the opportunity to meet with other prisoners, even if only for a few small moments but Ales and Martin were placed in solitary confinement without the slightest possibility of social contact. Petr and Martin are both allowed a visit once every two weeks for 90 minutes limited to 4 people. They are allowed to walk for 90 minutes alone in a restricted area of the prison.

Martin was transferred to Pankrác Prison in Prague in early June and the already unenviable conditions have been aggravated . He was separated from the other prisoners and placed in a solitary confinement. All of his personal belongings were taken from him and no money has been delivered to him yet. Due to this practice it is not possible to deliver a radio that must undergo input check, which is covered from Martin’s money. He met people just over the bars and plexiglass always being handcuffed and he is allowed to walk outside for 90 minutes a day.

The situation of Martin’s diet is outrageous. According to the statutes of Pankrác prison he has the right to eat a vegan diet, but in reality he does not even get a vegetarian diet. Ironically Martin was offered an “alternative” Muslim diet which means an animal product based diet with the absence of pork, so obviously not vegan. Martin is not getting enough food! In addition, Ales and Petr are vegetarians and are allowed to receive a maximum of 5 kg parcels once in three months only and content is tightly regulated. The fact is that basic food intake should be provided by the prison rather than by people from the outside! 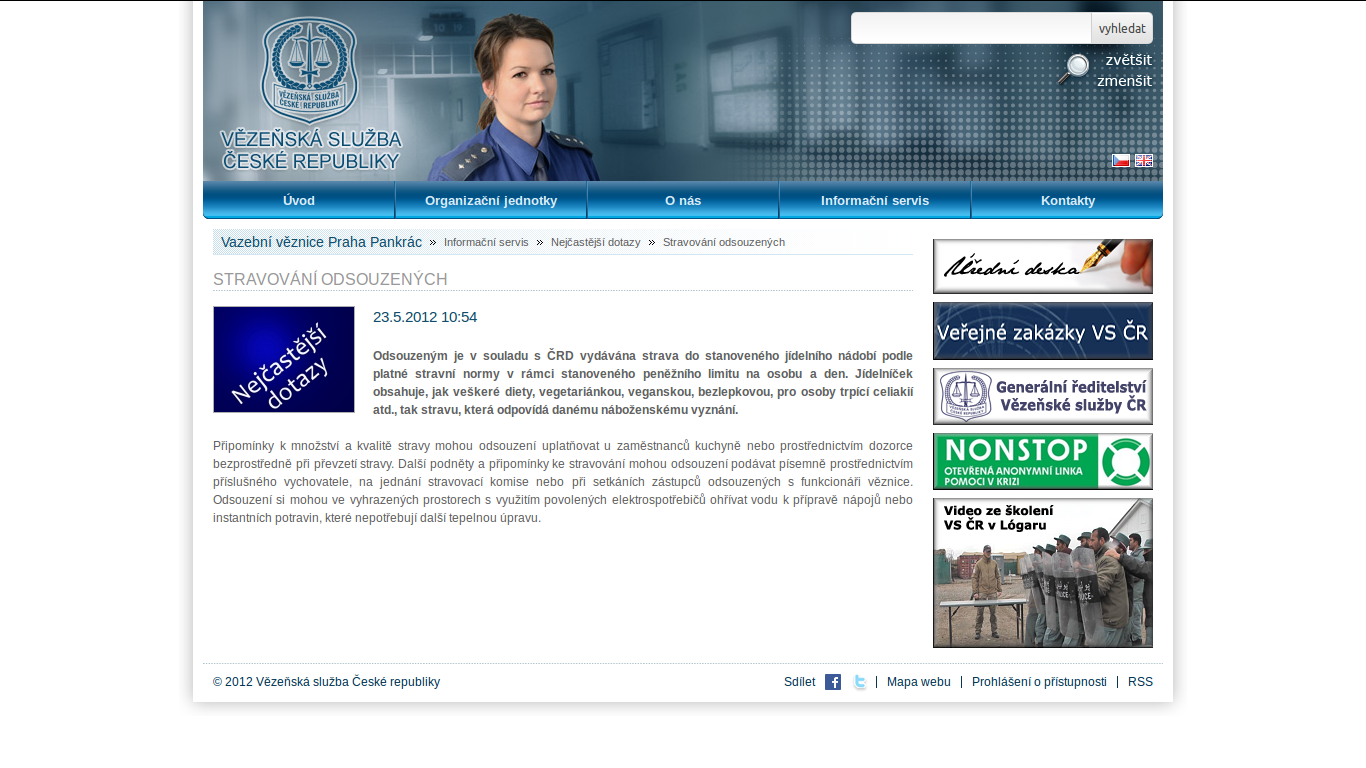 Screenshot of statutes of Pankrac prison saying that every prisoner can choose from many diets including vegan one. http://vscr.cz/veznice-pankrac-26/informacni-servis-1616/nejcastejsi-dotazy-649/stravovani-odsouzenych-5901

We call for support of all three defendants, especially Martin at the moment, who is suffering due to prison authorities disrespecting his vegan diet and refusing to accommodate his dietary habits.

The possibilities are many, even small groups can organize a successful event:

Almost anything can be directed against the repression and to support imprisoned comrades. As Peter mentioned in his letter:

“Dear friends
My greatest and most fervent desire is that you stay the way you are, and don’t get intimidated. My lifelong motto was always to have faith in people and my imprisonment only confirms it to the greater extent. Even here between prisoners and guards, so much the desire for real freedom can be found.
Take care and thank you.
With a fraternal embrace of Peter S. “

In addition to theoretical, informative and communication activities we also organize regular coordination of support and solidarity correspondence with prisoners. The letters are essential for prisoners contact with the outside world from which they were isolated. If it is not possible for you to attend events organized in the Czech Republic, or organize a writing to prisoners event, but you want to write to imprisoned comrades there are are several ways to do it. You can:

Send a letter via email to antifenix (at) riseup.net and we will forward for you.
Send an email requesting the address where to send a letter.
Downloadable guide on how to write letters to prisoners is available at AntiFénix website and we recommend reading it first before sending an actual letter.

A few people with whistles or loud shouting spontaneously passing by the walls of the prison can deliver a lot of strength and energy to the prisoners (video). Although individuals may not hear anything, the information about the event will usually find its way. It is possible that their conditions may be aggravated, but all three warmly welcome such a visit.
Petr after spontaneous demonstrations in Ruzyně wrote the following:

“On Saturday, I heard the sounds of solidarity action! Words can not express what kind of support that meant to me! Thank you, sisters and brothers! “

“On Saturday, (6th June), as protests were held outside the Pankrác and Ruzyně, the authorities told Martin, that if his friends will continue with the show his conditions will be tightened. Martin told me to tell everyone to continue with the protests and make them even louder and more frequent. He was aware of the ongoing protest but was transferred to another room with tiny window. The support he receives from both the families and friends means a lot for him, as well as Petr and Ales.”

Ales wrote in his letter:

“Thanks a lot for all the expressed solidarity, support and encouragement. Greetings to you all and pass on my warm hugs and kisses.

Solidarity is our true weapon

With appeal to the presumption of innocence we would like to point out that the forces prosecuting and arresting people are in paradoxically non-compliance with laws (with which we do not agree, and it is beyond our control to change it) and we would like to clear Martin, Peter and Alex from a lot of lies that have been written about them. In our eyes, all three remain friends, comrades, or at least people deserving much support, even in the case of loosing and conviction.

Convicted and imprisoned for the action they never carried out and which was most likely result of coordinated undercover police work. Convicted in another ‘witch’ hunt, where the same fate could befall to any of us. Convicted for expressing disagreement with the domination and inequality.

The functioning and necessity of a prison does not have our support and legitimacy regardless of whether the “Fenix three” are found guilty or not.

For Ales, Martin and Petr support from the outside is the most important thing at this moment. While in prison, time passes differently, and while we are enjoying the summer, the three of them are sitting in complete isolation, without vegetation, birds singing, swimming in the river, bicycle trips, sitting by the fire with friends, kind words, hugs, love, possibilities of free motion, seeing the sun, or even almost without food.

“My biggest source of dejection (not yet very significant) is the absence of my favourite music, stunning sceneries of nature, which I love, my favourite places where I like to return to and where I can contemplate about life. The place where I can reflect on death, love and hate or thoughts of someone with whom I share my ideas and dreams about real life in the microcosm of the endless anarchy. “

Solidarity is for us, as anti-authoritarian-minded individuals, the basic idea and also one of the most powerful initiators, because it is impossible to destroy it with just physical strength.

“If they know we’re here for all of them, determined to do whatever it takes to support and encourage, they will harden up and will become? harder to break. They must know that we are here for them… “