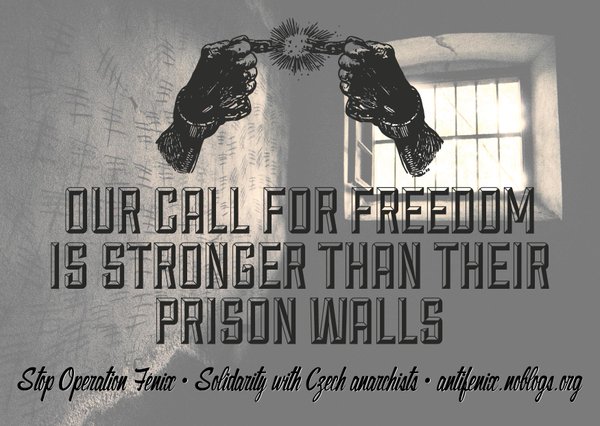 You can listen to the interview here.

In the context of the International Week of Solidarity with Anarchist Prisoners (23.-30th of August 2016), we had the opportunity of talking to a comrade from Anarchist Black Cross (ABC) in Czech Republic. The interview gives a short summary of the repression that started in 2015 and explains the singular cases and their current development, but deals also with the problems the movement had in the beginning to show solidarity. Last but not least, you get very good advice on the topic of solidarity and what to do yourselves.

Since the interview, another comrade is in prison. Lukáš Borl, who had been living underground, has been arrested by the police on September 4.

More information (in different languages) on the Antifenix website.