On Saturday (6.6.2015) a demonstration was held in front of the Pankrac jail, where one of our comrades, Martin, is being held in custody.

Approximately 50 people attended, the event was under heavy police surveillance. The demo walked around the complex, holding banners, chanting solidarity slogans and a speech was read.

Then the demonstration moved in front of the Ruzyne prison, where Petr is being held in custody. Again, the demo walked around the complex, in hopes that Petr would see us.

We were behind the building, when two prisoners started waving their orange t-shirts from their windows, as well as telling us that Petr is being held on the other side.

Later on, prisoners on the other side told us that his windows lead to the inside block of the building, so he could not see us or shout back, but we are positive that the news of our demo will get to him. We played a few songs by VAP, a band that Petr was a part of. We also read a poem that Petr sent in by mail.

We are with you! Stay strong! 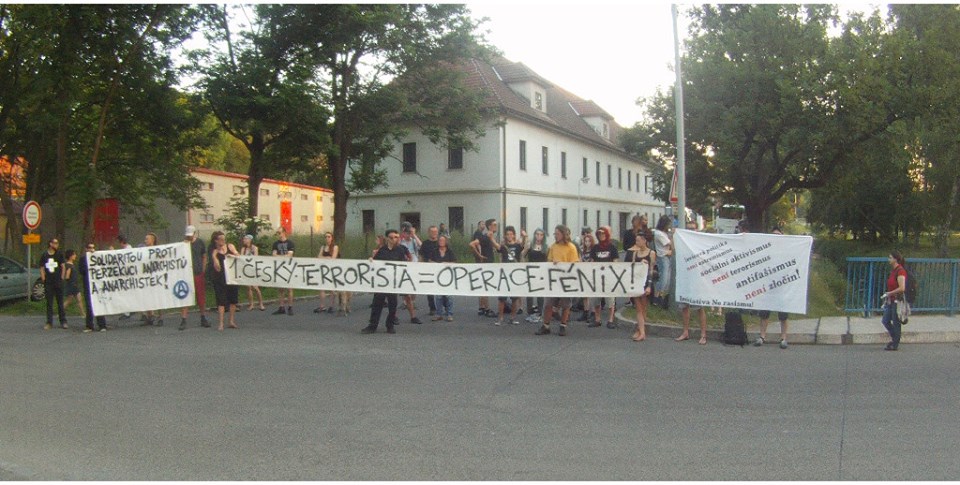 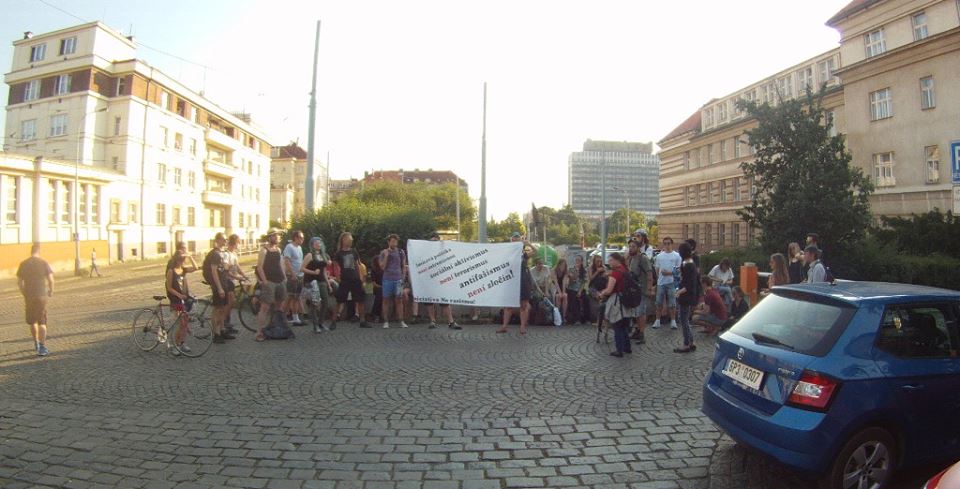 A picture of the prisoners waving, taken from a media website. 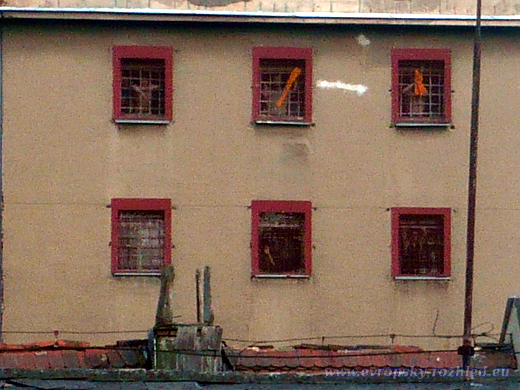