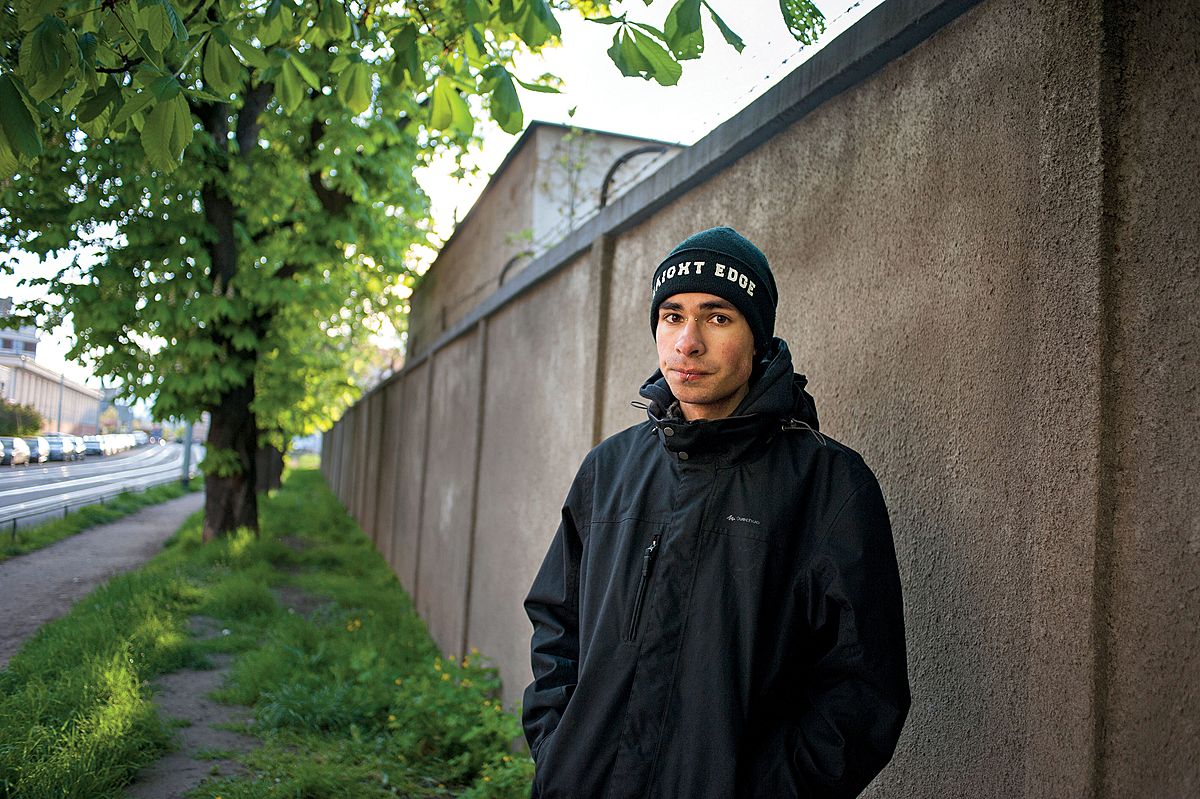 Yesterday the appeal court hearing took place in the High Court in Prague. Russian, vegan, straight-edge anarchist Igor Ševcov, who was appealing his sentence – a 2 year expulsion from the Czech Republic for video recording someone else graffitiing prison walls during a support demonstration (complicity to criminal damage) – was given a new sentence.

The judgement remained the same – the high court still finds him complicit in criminal damage, but the judge changed the penalty. The new sentence: Igor is banned from attending any sporting or cultural event or any event like a manifestation, demonstration, benefit, mobilisation, protest or any other action within the anarchist movement.

We do not know yet what it means exactly, but it’s likely that Igor will have to visit a probation office any time there is a big action, and he will be surveilled during any other event by under cover state agents and spies. If he violates his sentence he can be put behind bars for up to 3 years.

Although it seems a lot nicer than an expulsion from the country, we find this sentence disgusting and humiliating. It degrades an anarchist, or anyone who is not satisfied with a world based on hierarchy and inequality towards a self-policing individual. The path of a person who understands that every step they take is controlled most likely ends with the four walls of a prison.

The repressive system is evolving and, like any sector of the market, penetrates deeper and deeper into every level of our lives. New measures of control have been introduced in addition to prison. In these new measures, not only does prisoner manage their own detention, but an impression of nicer repression is also given. That’s one of the reasons why neoliberal democracy can work for so long.

We do not know if Igor will follow this sentence, try to oppose it legally or just follow his own agenda and feelings and see what happens in the future. In any case, he has our full support.

If you want to support Igor, rather than congratulating him on his “better” sentence, ask him what kind of support he needs, for he is in a very uncomfortable situation. And mostly, keep changing your environment into a world where repression, exclusion and borders are exchanged for mutual solidarity and freedom.